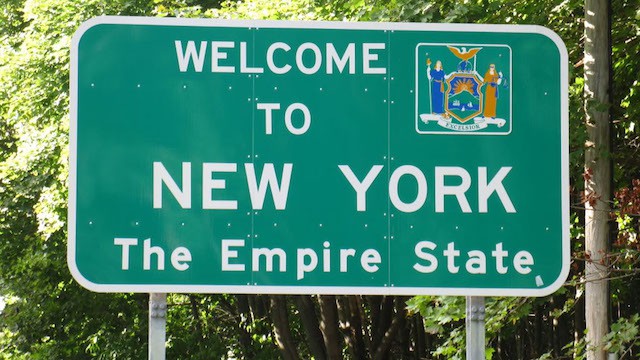 While speaking with the media earlier this week New York Governor Kathy Hochul confirmed that adult-use cannabis sales are still on track to launch in 2022.

Governor Hochul told reporters that New York still plans to have at least 20 adult-use cannabis dispensaries open by the end of 2022.  Once the initial 20 dispensaries have launched the plan is to open approximately 20 more each month after that.

It is an aggressive goal but the governor is taken much of the credit for making it happen. According to Syracuse.com Hochul had much to say.

“Talk about the rollout being jammed up,” Hochul told reporters. “When I became governor, nothing had happened. Nothing. It was shut down because there was a battle between the administration and the Legislature over who would be the executive director and the chairs of the cannabis review boards.

“So, I was given a lot of credit because within one week, I named people. I got things going. So, when I speak to people about being part of this industry, the first thing they say is ‘thank you.’ Because otherwise we could still be waiting and waiting and waiting, even for the most basic steps to be taken. So, we’ve been moving along quickly.”

It was in March of 2021 when former Governor Andrew Cuomo signed the Marijuana Regulation and Tax Act. That effectively laid the groundwork for legalizing adult-use cannabis in New York state.

However, soon after that many allegations were made about Cuomo and he ended up resigning from office because of the many sexual harassment allegations he was facing at the time. All of this sidelined and stalled the rollout of adult-use cannabis until Governor Hochul took over in August of 2021.

Once Hochul got into office she quickly kickstarted things by calling a special session as well as appointing people to the New York Office of Cannabis Management and the Cannabis Control Board.

More Work To Do

The Office of Cannabis Management has so far received more than 900 applications. These 900 applications will be narrowed down to only 150 cannabis dispensary licenses that will be distributed among 14 different regions across the state. Up to this point, the applications have not been fully vetted.

The Dormitory Authority of the State of NY is required to oversee the building of the 150 dispensary locations. That would include finding properties for these retail locations but they have not confirmed that they have indeed secured any properties.

There are also questions about money that need to be answered before this whole process can come together. The dispensary buildouts is supposed to be funded by the social equity fund. There has been no indication that they have raised any capital and there has been no information on a bank that would be involved in holding that money.

Time is quickly running out for New York to stick to the goal of launching 20 adult-use cannabis dispensaries by the end of 2022. And there is still a whole lot of work to do and things that need to fall into place to be able to make that happen.

There is also a midterm election cycle that is coming up in that short timeframe. I’m sure Democrats would like to be able to show progress they have made to potential voters but time is running short for that as well.

We know that this is a priority for New York legislatures as well as Governor Hochul. It will be interesting to see if they can pull all of these things together and meet their self-imposed timeframe of launching 20 adult-use cannabis dispensaries within the next few months.