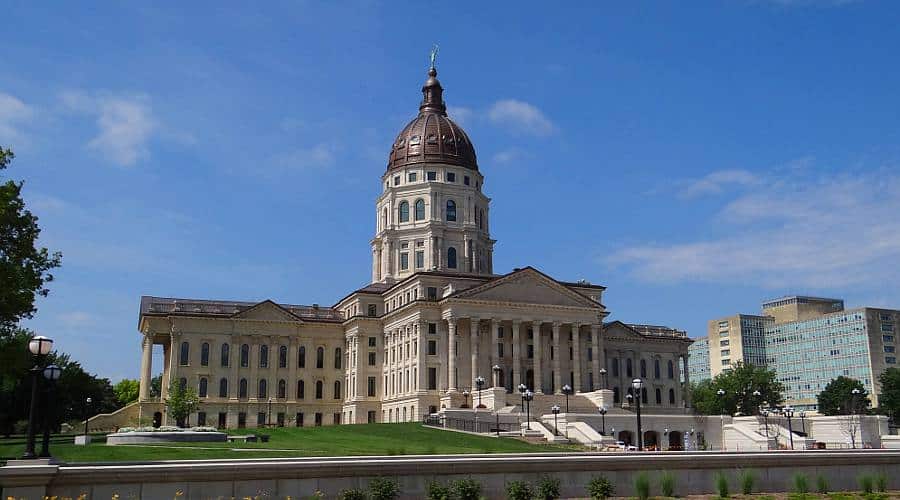 Another legislative session has come and gone and the Kansas legislature continues to hold off on making cannabis policy reforms in the state.

May 23rd was the last day of work for the year for lawmakers in Kansas. One of the proposals still left up in the air was for medical cannabis reform. It probably doesn’t surprise most people since this topic of cannabis reform has failed to make any progress in Kansas in recent years.

In many states across the country, cannabis reform has become more and more commonplace. In fact, there are 37 states that have already legalized medical cannabis on some level. Even more interesting is that three of Kansas’ neighboring states including Colorado, Oklahoma, and Missouri are among them.

But state lawmakers in Kansas have thus far been unwilling to pursue medical cannabis legalization in the state. It’s not because of a lack of opportunity or lack of effort.

In this legislative session alone there have been multiple campaigns to try to legalize medical cannabis. There was even one bill that was passed by the Kansas House but could not garner enough votes to pass the Senate. There was also a bill introduced in the Senate by Republican Senator Rob Olson in March.

Senator Olson even issued an apology in regards to the lack of progress that has been made on the legalization of medical cannabis.

“Unfortunately, due to the heavy load of the committee, I regret and take responsibility for not getting this measure across the finish line this session,” he said. “I am proud of what has been accomplished since the beginning of this session, but not convinced that we have been able to fully take into account all the complexities presented by all the potential patients, experts (medical, law enforcement, industry, etc.) and agencies that will be responsible to regulate the recommendation, cultivation, production, distribution and safe consumption of substances that come from the cannabis plant.”

Senator Olson has vowed to continue working on legislation over the summer recess and is hopeful that there will be some meaningful policy reform on medical cannabis in 2023.

Progress Has Been Made

It is not as though no progress has been made on medical cannabis reform in Kansas. In fact, just last month, Senator Olson chaired a House and Senate committee that specifically met about medical cannabis legalization.

Senator Olson has sponsored Senate Bill 560 which is also known as the Medical Marijuana Regulation Act. As part of this bill there are more than 20 different health conditions that could potentially qualify a patient to be able to use medical marijuana.

For the time being, there seem to be a few small but important differences between the House version language and the Senate version. One key is that the Senate version would include “any other chronic, debilitating or terminal condition that, in the professional judgment of a physician, would be a detriment to the patient’s mental or physical health if left untreated”.

Kansas House Democrats are making a push to keep lawmakers in town to be able to wrap up a few more things before ending the legislative session. On the list of unfinished business to address is medical cannabis.

The House Democrats released a statement saying “The House passed medical marijuana in the 2021 legislative session and awaits the Senate’s cooperation to bring forward this economic boon and provide relief to ill Kansans. The framework is there: The conference committee must simply meet and pass out legalized medical marijuana.”