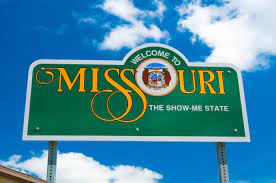 In December of 2019, the state of Missouri awarded 60 licenses to farmers around the state to be able to cultivate medical cannabis. There were more than 500 applications for those 60 available spots.

Paul Callicoat and his family members did not receive one of the 60 licenses in 2019 and shortly after they filed a lawsuit agains the Missouri Department of Health and Senior Services (DHSS). A Missouri Court of Appeals recently ruled that they do not have the right to farm cannabis.

They had been hoping to be able to utilize their 70-acre farm in Sarcoxie to be able to grow cannabis for the medical cannabis industry. They were denied and their lawsuit claimed that the state should simply allow the market to decide which businesses survived in the competitive market. As part of the lawsuit, the Callicoats also took issue with preferences being given to applicants who were from areas of the state that had high unemployment rates.

About a year after the initial filing a Cole County Circuit Judge rejected the family’s arguments about their ‘right to farm’. Now an Appeals Court has also dismissed their argument with all 11 judges of the judicial body also concurring.

Judge Alok Ahuja wrote in the opinion that “The [DHSS’s] regulations setting limits on the number of licensed medical marijuana-related facilities are consistent with, and expressly authorized by, the plain language of Article XIV,”

“Appellants have failed to demonstrate that those regulations are arbitrary or capricious, or that they lack a rational relationship to the important governmental interests of ensuring reasonable patient access to medical marijuana, preventing criminal trafficking in marijuana for nonmedical uses, and ensuring the health and safety of Missourians,” Ahuja added in his conclusion. “The Right to Farm amendment found in Article I, [Section] 35 of the Missouri Constitution does not invalidate the Department’s otherwise lawful rules. The judgment of the circuit court is affirmed.”

What Is the Right to Farm?

The right to farm is a specific amendment to the Missouri Constitution. The amendment, Article 1, Section 35, was adopted by Missouri voters in 2014. It basically just protects the right for people to participate in lawful farming and ranching practices in the state.

However, there are limits to what one is permitted to grow. In December of 2017, the Missouri Supreme Court ruled that the right to farm amendment does not give someone the right to grow cannabis in direct violation of state law. The Supreme Court overturned an appeal from Mark Shanklin who was convicted of growing more than 5 grams of cannabis.

“The prefatory sentence [in Article I, Section 35] recognizes ‘agriculture which provides food, energy, health benefits and security is the foundation and stabilizing force of Missouri’s economy,’” then-Chief Justice Zel Fischer wrote in that unanimous opinion. “The prefatory sentence does not provide a constitutional right to engage in unregulated ‘agriculture.’ It simply provides a purpose and context for the amendment.”

As part of their reasoning the Missouri Supreme Court also made note that cannabis cultivation, possession and distribution had already been illegal in Missouri for decades before the right to farm amendment was made law.

It seems like the Callicoat family has hit a dead end with their efforts to be able to grow medical cannabis in the state. Their arguments have now been rejected on two separate occasions and there is also precedent from the Missouri Supreme Court that would indicate they would side against them as well.