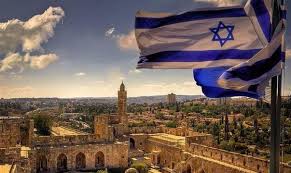 A new year brings a set of new proposed guidelines in Israel when it comes to recreational cannabis use. The new guidelines were proposed on Wednesday by Israel Justice Minister Gideon Sa’ar.

Another major distinction is that under the current legislation anyone with a prior criminal conviction can be charged on their first possession of recreational cannabis. The new wording states that it does not allow for prosecution of recreational cannabis  “other than in exceptional cases.” This means that even if you have prior criminal convictions on your record you will not face any criminal charges for the possession of cannabis.

There are some limited exceptions in the new draft of cannabis guidelines. If you are a soldier, police officer, prison warden, or minor you can still be charged with a criminal offense under the new proposal.

Easing restrictions on recreational cannabis use is not a new concept in Israel. As recently as 2020 full legalization of cannabis was actually proposed in Israel. At that time the Israeli Justice Minster was Avi Nissenkorn. Since then there was a national election in Israel and a change in government that effectively stalled the push for full legalization at that time.

“As we have pledged to the public, self-use of cannabis will not be considered a criminal offense,” Justice Minister Sa’ar said. “The lack of a policy on the subject makes, in practice, many normative citizens in Israel criminals, violates the rights of the individual and undermines trust between citizens and law enforcement.”

Israel is not behind the times when it comes to cannabis. In fact, Israel boasts one of the world’s leading medical cannabis industries. It is estimated that in 2021 the medical cannabis industry in Israel was worth more than $264 million. And according to the Israel Health Ministry, there are more than 100,000 residents who have permits that allow them to consume cannabis for medical reasons.

These are significant numbers of people especially when you consider the total population of the country of Israel is less than 10 million.