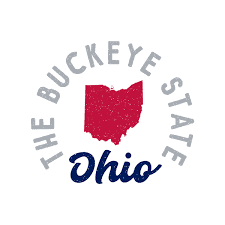 Advocates in favor of legalizing marijuana use in the State of Ohio have been hard at work. The Coalition to Regulate Marijuana Like Alcohol has gathered enough voter signatures to bring the proposal under consideration for Ohio lawmakers.

To be exact, the Coalition to Regulate Marijuana Like Alcohol was able to muster up a total of 136,729 valid signatures. According to the secretary of state’s office that overshoots the required number of signatures by almost 4,000 voters.

As part of the state’s initiated statute process, the proposal will now be sent to the Ohio House and Senate for consideration. In Ohio, if you gather enough signatures then the lawmakers are required to at least consider the proposal. The House and Senate now have four months to take action on the proposed law.

What Does the Proposal Say

The Coalition to Regulate Marijuana Like Alcohol is proposing legalizing marijuana for Ohio adults age 21 and older. Their proposal allows adults to buy and possess up to 2.5 ounces of cannabis and 15 grams of concentrates.

In addition to buying and possessing cannabis, it also allows for some growing of cannabis. The current proposal would allow adults age 21 and older to grow up to 6 plants on an individual basis. If you live in a household with multiple adults the limit would be 12 per household.

When it comes to the sale of cannabis the proposal calls for a 10% sales tax. The revenue from the sales tax on cannabis would be distributed for administrative costs, addiction treatment programs, municipalities with dispensaries and a social equity and jobs program.

What Are the Chances It Becomes Law

Even though this will get the ball rolling in the House and Senate the bill definitely faces an uphill battle to actually become law in Ohio. The Ohio Legislature is currently controlled by Republicans. While that doesn’t necessarily kill its chances right away, Republicans are more conservative when it comes to legalizing marijuana.

And even then, if it did make it through the Ohio House and Senate, it has to be signed by Governor Mike DeWine. At this point in time, it doesn’t look promising that he would be willing to sign a bill legalizing marijuana in his state.

When asked about the efforts to legalize marijuana in Ohio Gov. DeWine said “No, I think that’s a mistake,”. He went on to reason that “I think you change the culture and you send a signal to kids… If it’s legal, every kid, the message is it’s okay.”

What Are the Next Steps

Advocates have done what they needed to do to at least get the bill to the lawmakers. The House and Senate now have four months to take action. One option would be that the lawmakers pass the bill as it is written. That’s possible but unlikely. They could also pass an amended version of the proposal.

Getting it to the voting ballot may end up being their best opportunity to get legalized marijuana to pass in Ohio in 2022. And marijuana advocates say they are ready and able to be able to take the issue to Ohio voters in November.

“We are ready and eager to work with Ohio legislators over the next four months to legalize the adult use of marijuana in Ohio,” campaign spokesman Tom Haren said in a statement. “We are also fully prepared to collect additional signatures and take this issue directly to voters on November 8, 2022, if legislators fail to act.”

It will be interesting to see how this plays out in Ohio over the next few months. It doesn’t seem very likely that legalized marijuana will make it through the House and Senate right now. And it seems very unlikely that Gov. DeWine would consider signing such a bill at this point in time. But if they can collect enough signatures maybe they can convince the voters of Ohio that it’s time to legalize marijuana in the state.