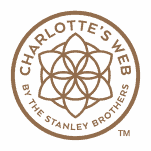 Charlotte’s Web, a very well-known CBD maker based out of Boulder Colorado, reported a hefty loss at the end of the first quarter of 2020. The company reported losing $11.5 million last quarter and blames lack of regulations, increased market competition, and higher expenses.

Charlotte’s Web reported revenue of $21.5 million for Q1, down slightly from last year’s Q1 report of $21.7 million. However, this tiny step down was accompanied by increased operating expenses and market saturation. This made it more difficult to push products to consumers, despite their products being added to an additional 1,000 stores across the country.

As of now, Charlotte’s Web has over 11,000 retail locations carrying their brand.

In their report, the company stated that their sales through retailers had dropped by 32% when compared to the first quarter of 2019. They were also down 31% in natural channels, and an additional 33% in food, drug, and mass-merchandise channels.

Investors were reassured by company executives when they were told that the company is beginning to put a much greater focus on online sales due to the mass closing of retailers due to the COVID-19 pandemic.

Charlotte’s Web is also in the middle of discussions with pet retailers as the popularity of their CBD pet products continues to grow. A lot of time and effort is being spent on this, as it is predicted that the CBD pet industry will boom within the next couple of years.

All in all, the company saw a 77% rise in their operating expenses from the beginning of last year. Their total expenses for operation ended up at $23.3 million.

Russell Hammer, Chief Financial Officer of Charlotte’s Web, told investors that the dramatic rise in operating expenses was due to investments they made in order to efficiently sell directly to consumers through their online platform. They also had legal fees they had to pay in order to defend intellectual property.

Charlotte’s Web expects their operating expenses to decrease through the remainder of 2020.

There is no reason to have any doubt that Charlotte’s Web will make up for their losses. After all, their increased operating expenses that ultimately put them at a loss was a result of making changes to become more consumer-friendly and make their CBD products easily accessible to all people.

Along with that, many other big companies, such as CV Sciences and GW Pharmaceuticals, have been reporting losses as well. This is mainly due to the coronavirus pandemic that has made it difficult for CBD vendors to reach out and communicate with consumers. After all, if everybody loses, then nobody loses.