Proposed Bipartisan Bill Could Allow for the Marketing of CBD Products 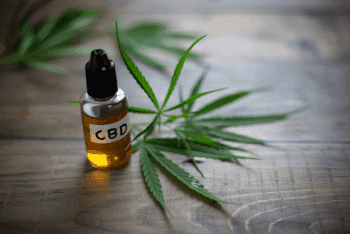 A new bipartisan bill has been proposed by lawmakers that would allow for CBD to be marketed as a dietary supplement. A link to the proposed bill can be found here.

The 2018 Farm Bill legalized hemp and all of its derivatives at a federal level, but the FDA has been slowly working on regulations that would allow companies to sell CBD as a food supply or nutritional supplement.

This legislation filed on Monday could help fix the problem because it would amend the Food, Drug, and Cosmetic Act, which gave authority to the FDA to oversee the safety of food, drugs, and cosmetics, to include CBD as a dietary supplement. This would allow for the FDA to approve laws and regulations faster without having to wait for congressional action.

Although CBD is technically legal, the FDA did not have complete control of its regulations because it was originally introduced as a drug rather than a food item, and was excluded from the Food, Drug, and Cosmetic Act. This, of course, led to frustration with the FDA from the hemp industry because they had not been provided a legal path in which they could incorporate CBD into foods and supplements.

USDA Also Included in the Bill

This bill also mentions a provision that would require the USDA (U.S. Department of Agriculture) to test the market barriers for farmers growing hemp and provide results within a year of the bill’s enactment.

The USDA would be researching the costs of things such as a hemp testing program, the removal of hemp with too much THC, the possible difficulties that farmers will have growing it, and so on.

When hemp was legalized in 2018, the USDA became responsible for creating rules for the growth of the crop, with their final proposed regulations being issued in October of last year. Many stakeholders are recommending certain changes to these proposals to be certain that the hemp industry is not disproportionately confined.

How Impactful Could This Bill Be for the CBD Industry?

Marketing is a vital component for companies to flourish, especially with the potential to reach millions of people through social media. Without legally being able to market CBD products, businesses have a difficult time reaching the right audience for their product.

Legalizing marketing and advertisements for CBD products would not only help businesses reach their audience, but it would also help the people in need of this supplement find the remedy they are looking for. This, consequently, would help cut back on experimentation time for the customer, as companies could purposefully target the current audience for a specific product they are selling.

Aside from allowing businesses to reach out to customers regarding their CBD products, this bill could also help to dissolve the stigma around CBD and other cannabis-based products. Although this stigma won’t entirely dissolve until marijuana is legal at a federal level, the approval for CBD to be marketed as a food product or nutritional supplement could certainly help to sway the skeptics. This would also make it more accessible for everybody, and allow more people to try CBD.

The new bill proposed that would allow for the marketing of CBD products is a very good sign in regard to the acceptance of CBD as an herbal remedy. Hopefully we will see the approval of this bill soon and can begin seeing CBD marketed as a nutritional supplement.

If you enjoyed this article, be sure to check out our other CBD news, along with information on the usage of CBD on our CBD blog page. Tell us what you think of this proposal in the comments below, and make sure you check back in for any updates.