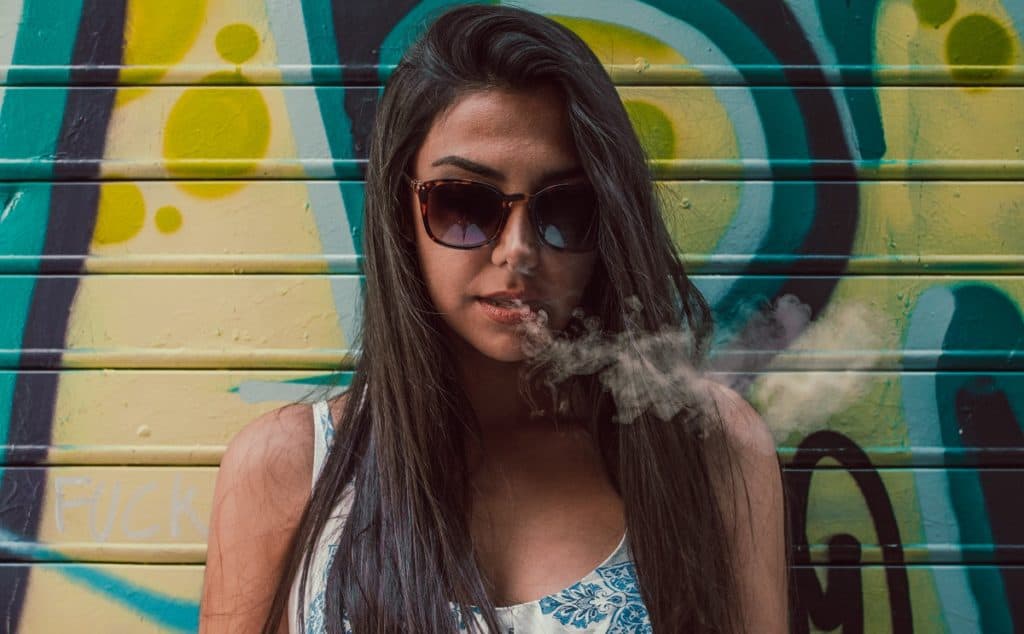 If you are someone who is inexperienced with cannabis, you may not fully understand the difference between hemp and marijuana. And although there are several differences between the two plants themselves, this blog will dive into how the two are used differently; specifically when the two are smoked.

But before we tackle this subject, here is a quick summary that highlights some of the key differences between hemp and marijuana:

Why Do People Smoke Cannabis?

Cannabis plants are one of the most fascinating naturally-occurring plants on the planet because they are loaded with chemical compounds that have been found to have extensive benefits in the medical field. Along with that, cannabis has slowly developed its own culture within American citizens.

Very similar to the way that people roll and smoke tobacco (A.K.A cigarettes), people also enjoy rolling and smoking cannabis (commonly referred to as joints). The reason as to why people do this has several different answers, and a lot of the answer depends on the type of cannabis that the consumer is smoking.

If you were uncertain as to whether the green flower you were rolling up was hemp or marijuana, you would know shortly after you begin smoking it. Both hemp and marijuana are rich in one particular chemical compound: CBD and THC.

Hemp is known for possessing high levels of CBD, which is best-known for its medical benefits that mirror that of marijuana, just without the high. CBD interacts with your body similar to that of THC, only it does not alter your state of mind. It is great for people who are new to cannabis, especially elderly people, because it produces a calming effect and does not run the risk of inducing an anxiety attack.

Marijuana, on the other hand, is typically loaded with THC and does not possess a high concentration of CBD. This works greatly in its favor because the two chemical compounds are known to have counteracting effects. Therefore, if you were to purchase a product where the THC and CBD content both read 50%, it would be a waste of time and money.

Marijuana has a controversial popularity in the U.S. due to its classification as a Schedule 1 drug. According to the U.S. Drug Enforcement Administration (DEA), a Schedule 1 drug is described as any drug, substance, or chemical with no accepted medical use and that has a high abuse potential.

While this fact used to give consumers second thoughts on marijuana, the general mood has changed as a good portion of the population either admits to using marijuana or supports its full legalization. Many people find its classification as a Schedule 1 drug unjust and feel it does not belong on the same list as drugs like heroin and LSD.

When you smoke hemp, CBD is entering directly into your bloodstream through your lungs. This CBD that is entering your body is known for its calming effects and ability to help reduce anxiety.

CBD is also known to help with conditions such as:

Hemp cigarettes, also called CBD cigarettes, have been gaining popularity among smokers who are looking for a safer alternative to tobacco. Many oppositionists will argue that “smoking is smoking,” and that cannabis has the same negative effects on your lungs that tobacco does; however, this is not quite the case.

The carcinogens that are found in tobacco are primarily responsible for the growth of cancer cells. Hemp, although not devoid of any carcinogens, has significantly less and will not damage your lungs at the same rate that tobacco smoke will.

Between oils, tinctures, topicals, edibles, and more, there are many different ways to consume CBD in today’s world. How quickly you feel the results of ingesting CBD depends greatly on your method of consumption; and smoking hemp is the fastest way to send CBD throughout your body.

Like we mentioned a couple sections above, CBD enters directly into your bloodstream through your lungs when inhaled. Unfortunately, this also means that it will run its course the quickest. However, if you are looking for near-immediate relief, then smoking hemp is one of the best ways to achieve it.

The majority of states in the U.S. now allow some form of marijuana, whether it be medical, recreational, or both. And although many people can get a prescription for medical marijuana, people using it recreationally will benefit from its medical qualities as well.

In general, there are a little over 20 approved conditions that make someone eligible for medical marijuana. Some of these include:

If you or someone you know has ever smoked marijuana, you may have encountered a little thing nicknamed “the munchies.” These odd, yet hilarious cravings are a result of the THC that enters your body.

The human body produces natural cannabinoids. These are lipids that are responsible for helping control your mood, memory, and appetite. Whenever you inhale marijuana, the THC attaches to cannabinoid receptors in your brain and triggers a hunger response.

This can be especially helpful for people who may have just had surgery, or those who struggle to maintain a regular eating schedule that results in a late-night binge. Alternatively, it can be a nice bonus for food-lovers who just want to enjoy their meal a little bit more than usual.

Let’s face it: Nobody living in a legal state has ever rolled a joint while thinking: “I just want to catch a small buzz.” In fact, the “high” that people get from using marijuana is still one of the biggest things that attracts people to trying it.

Many people enjoy the high they get from smoking marijuana because it can make even the most boring tasks seem interesting. Alternatively, it can be used as an excuse to do absolutely nothing other than sit on the couch and let your brain absorb all of the useless information that your Netflix account spits out.

Whatever the case may be, marijuana users have not found many occasions where being high lessens a moment or experience.

At the end of the day, it is a matter of personal preference whether you choose to smoke hemp, marijuana, both, or neither at all. They both have their pros and cons, and the stigma around cannabis is slowly beginning to disappear not only in the U.S., but around the world as well.

Whatever you choose to do, be sure that you are informed on the risks of using cannabis and that you use it responsibly. For obvious reasons, do not drive, go to work, or operate heavy machinery after smoking marijuana. A good rule of thumb is to avoid activities that you would do after drinking.