Warning: preg_match_all(): Compilation failed: missing terminating ] for character class at offset 16 in /home/customer/www/thecbdguru.com/public_html/wp-content/plugins/seo-by-rank-math/includes/replace-variables/class-post-variables.php on line 545
 Can CBD Help Athletes - The Science of CBD and Athletes Skip to content

Is CBD Beneficial to Athletes? 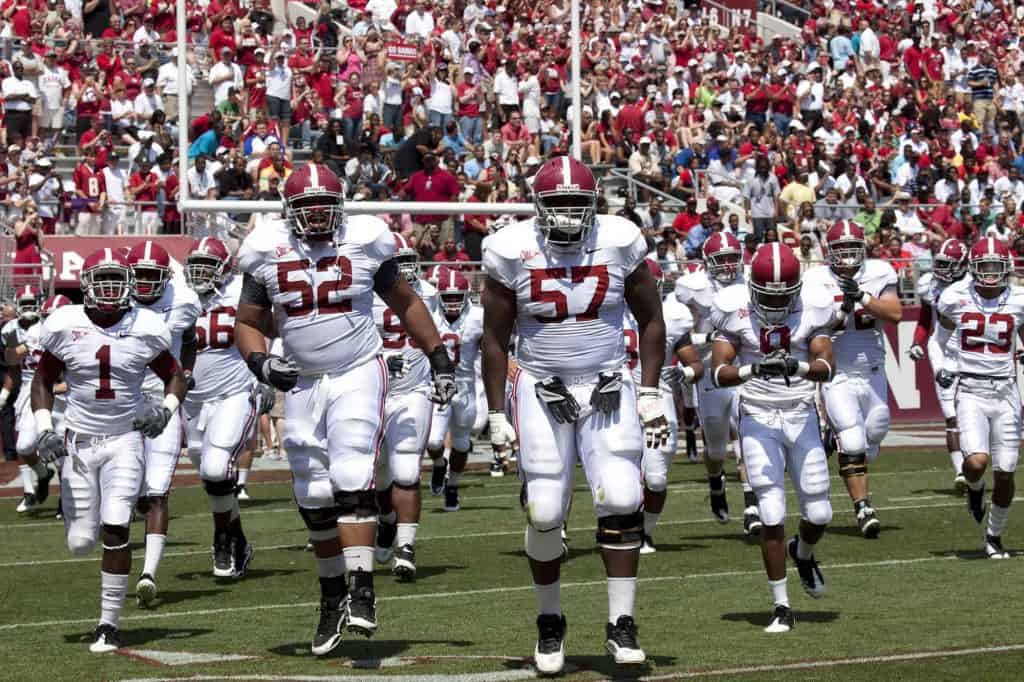 Being an athlete is a commitment that takes up a lot of someone’s time, energy, and focus. Because of this, it is important for them to take good care of themselves both physically and mentally. One of the ways that they can do this is by using CBD products to help relieve certain symptoms.

At this point, it is well known that CBD has many health benefits for a wide and diverse range of people. Among these people are athletes who go through a lot of physical stress during their training. In this blog, I’m going to breakdown how CBD can benefit athletes, and highlight a few athletes known for endorsing CBD products.

How Does CBD Work to Benefit Athletes?

Before breaking down what symptoms and conditions CBD can help relieve, it is important to understand how CBD breaks down in your body. When cannabinoids are consumed, they create their effects by attaching to receptors in your body. The human body has two receptors for cannabinoids, named CB1 and CB2.

Knowing what these receptors affect helps us to understand how and why CBD can be beneficial to athletes. Because each sport is vastly different and unique from one another it would take days to explain how it could benefit each type of athlete from every individual sport. Instead, I am going to cover three key areas that have communal benefits for every athlete alike.

Inflammation is very common among athletes. It occurs when an athlete pushes their muscles to the limit or when they sustain an injury. Thanks to the CB2 receptors in their immune system, CBD can help to reduce that inflammation, making the recovery process faster for the athlete. It also helps to relieve the pain from the injury itself.

Sleep is vital in order for athletes to recover and perform at their best. Lack of sleep can be a result of many things, including pain, anxiety, or a wandering mind. Luckily for athletes, CBD can help with all of that by reducing their anxiety and helping them to relax, resulting in a night of more restful sleep.

Being an athlete, especially at the professional level, comes with its own stressors. Between the countless hours of training and dedication, the anxiety of performing well in front of an audience, and a constant search on how to improve your skills, it’s easy to get mentally overwhelmed. CBD helps athletes to reduce their anxiety level, which helps to improve their mood. Many sports require strong concentration, meaning athletes have to be in a good mindset in order to perform their best.

Which Athletes Can Benefit the Most?

Due to CBD’s natural ability to help relieve pain, virtually any athlete can benefit from it, making it difficult to pinpoint which athletes benefit the most. For obvious reasons, CBD usage is more popular among high-contact sports such as football and hockey. This does not mean that it can’t benefit athletes in non-contact sports however, as minor injuries can be caused by many things, such as a golf swing.

CBD has been known to be very helpful for runners and swimmers due to its ability to reduce inflammation and help speed up the recovery process. It also helps to relieve joint pain caused by the constant impact. This, in turn, is the same reason that it is beneficial to football players, golfers, and any other athlete. Much like certain medications, it works for everybody.

Are Professional Athletes Allowed to Use CBD Products?

The tricky thing for the NFL and NBA is that although their drug testing includes tests for marijuana, CBD typically won’t show up on the results. Due to inconsistent regulation of the product, however, there have been instances where CBD has resulted in a failed drug test. To learn more about how CBD can affect a drug test, check out our CBD and Drug Testing blog.

Notable Professional Athletes Who Use CBD

They say there is no such thing as bad publicity. While this may be true, I don’t believe that anyone would ever want negative things said about them. The same goes for the hemp industry, making it even more promising that certain professional athletes endorse CBD. This media spotlight that athletes help to shine on CBD helps in spreading awareness about the benefits that CBD has for athletes. Below are a few notable professional athletes known for being an advocate of CBD.

Pretty much everyone has at least heard of Mike Tyson. If you have not heard of him, he is a retired boxing champion who finished his career with a record of 50-6.

He has publicly promoted CBD in a video in which he referred to it as a “Miracle Oil.” He is also working on his own marijuana farm that he is calling “Cannabis Resorts” for anybody who wishes to use or grow hemp on his land.

Jake Plummer is a former NFL quarterback who played for the Arizona Cardinals and Denver Broncos. After undergoing hip surgeries, Plummer began using CBD oil to help improve his joint and cartilage functions. He has become a major advocate for CBD and even helped to co-found the Athletes for Care organization which focuses on safer treatment alternatives for athletes.

Nate Diaz is a professional fighter in the UFC who has been involved in several damaging bouts. He has always been very open about his use of CBD oil and other cannabinoids and claims it helps him to recover from his injuries after fights.

It seems that the only thing standing between athletes and the relief that they can find in CBD is their league drug policy. While certain athletes are not “allowed” to use CBD products, we know that it can and has helped several other athletes in varying sports. With continuous research and promotion of the product, we can only hope that it will continue to help athletes have a long and healthy career.

Are you or someone you know an athlete who has used CBD products as a remedy? If so, tell us your story in the comments below.