Is CBD Alone a Nootropic? 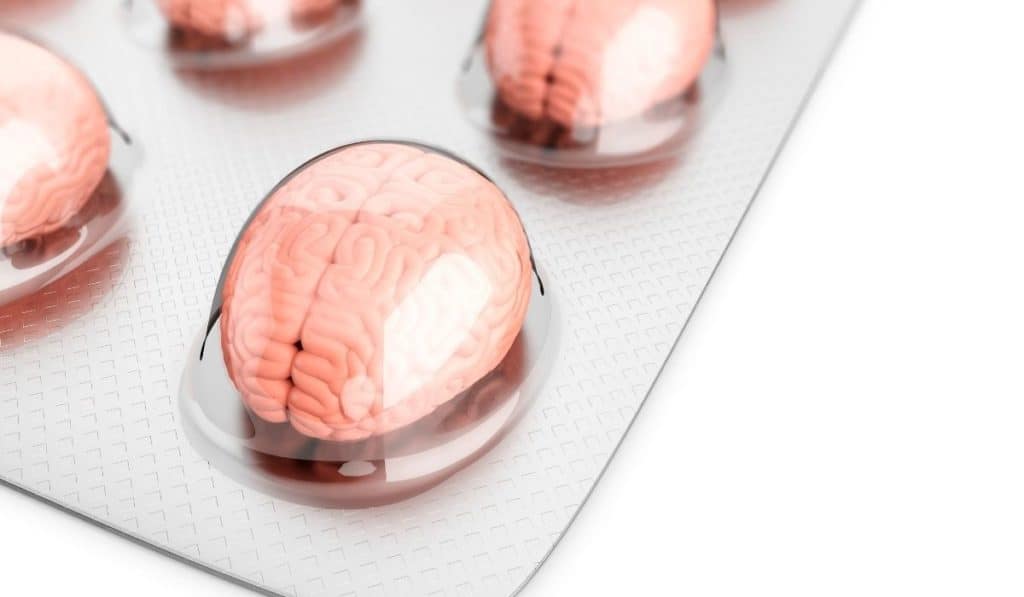 Nootropics, also known as ‘smart drugs’, have exploded in popularity in recent years. People are looking for any extra edge or advantage they can get. Let’s be honest, it is a stressful and incredibly competitive world that we live in. Many people have turned to nootropics to help their brains function at the highest level possible.

Along with nootropics, CBD has also grown rapidly in popularity. People from around the world have started to experience and understand the vast range of health benefits that CBD can bring. The question is also asked whether CBD by itself is considered to have nootropic effects. And what are the best CBD products on the market as nootropics?

We will try to answer some of these questions but we think it is important to understand what a nootropic is, how it works in your body, and whether CBD might fall into a similar category as a nootropic. What Is a Nootropic and What Do They Do

The term nootropic has become somewhat of a trending word recently but it’s actually not a new concept. The term nootropic was actually created back in the early 1970’s by a Romanian named Dr. Corneliu Giurgea. According to the definition of nootropic laid out by its founder the substance needs to meet the following conditions to be a nootropic:

Nootropics are also referred to as ‘smart drugs’ because their aim is cognitive enhancement. In a nutshell they are supposed to help your brain function at a higher level. This can come about in various forms but some of the benefits of nootropics are increases in motivation, memory, mood, stress resistance, attention and creativity. Nootropics have even been associated with an increased ability to learn as well as an increase in physical performance.

Common Nootropics and Their Benefits

There are many common over-the-counter nootropics that are widely available. Many of these are also contained in various CBD stacks. This allows all of these substances to work in conjunction to provide the best results possible.

Nootropic stacks are a very common occurrence. This simply refers to when you take different nootropics together so that they can complement and enhance the effects of one another. In theory this sounds like a great idea. However, it could take some trial and error as getting the right balance of substances is a key to producing the desired results. By mixing the wrong substances together it is possible to negate the intended effects which would basically be a waste of your hard-earned money.

There are some nootropics that have been found to be very compatible when they are stacked with CBD. You can buy these nootropics separately from your CBD so you can try to fine-tune the dose that works best for you. The other option is to purchase these nootropics already stacked together in CBD capsules. If you are new to stacking nootropics with CBD we would recommend starting with a pre-made CBD stack.

Some of the most common nootropics stacked with CBD products are:

Rhodiola Rosea – This is an adaptogen that is grown at high mountain altitudes. Adaptogens can help your body when presented with outside forces such as stress, anxiety, or fatigue. Rhodiola Rosea is also believed to help with mental alertness and mental clarity.

Bacopa Monnieri – This helps to support increased memory, concentration, and attention. It is also used in CBD nootropic stacks because it contains powerful antioxidants.

Lion’s Mane – Lion’s Mane is a medicinal mushroom. It is widely regarded as a nootropic that can help reduce things like brain fog while increasing your cognitive performance.

L-Theanine – This may help support mental focus as well as increase your brain function. All of this while increasing your ability to learn.

Caffeine – Caffeine is probably the most globally renowned over-the-counter nootropic. It has been shown to boost energy, increase alertness, and increase cognitive brain function. Caffeine can also cause some jitters but being stacked with CBD may help reduce that side effect.

Are Nootropics Legal? How About CBD?

Some are legal and some may not be legal. Some nootropics require a prescription, at least in the United States.  All of the nootropics that we will touch on at The CBD Guru are completely legal and are over-the-counter substances.

There could be some inconsistencies about whether the best CBD products are legal. The reason for that is it depends on what country you live in and in the United States, could even vary by what state you live in.

Specifically in the United States, CBD was made legal to extract, purchase, sell, and distribute because of the 2018 Farm Bill. This legislation was enacted on the federal level and applies to all 50 states. The caveat is that each state has the final say on what they do and do not allow in their state. This means that in the US you need to be familiar with the laws in whatever state you are in. The requirements could be more or less stringent than what is laid out on the legal level.

What Is CBD and Is It a Nootropic?

There has been much research done in recent years about CBD and what it is. In a nutshell, CBD (Cannabidiol) is a molecule that is naturally occurring in the cannabis sativa plant species. More specifically, the CBD that we enjoy today is derived from the hemp sub-species of this plant. The reason is that for CBD to be legal in the US it has to contain less than 0.3% THC. Industrial hemp fits this bill perfectly while producing high-quality CBD.

The question of whether CBD itself is a nootropic is one that you may find some varying answers to. The bottom line is that CBD is not going to increase your cognitive function or boost your brain power beyond your normal ability. Some nootropics help with that but that is not the function of CBD.

On the other hand, there are some very good CBD products that are stacked together with nootropics to help increase your cognitive function. CBD has shown itself to be a great platform to be able to stack nootropics. The reason CBD is a good platform is that it is not at all toxic (it’s very safe to use) and it is incredibly reliable as long as you are buying from a trusted CBD brand.

CBD does have benefits for your brain but it is not known for directly improving cognitive ability, focus, or memory. On the other hand, CBD does appear to help reduce negative effects of things like depression, stress, and anxiety. CBD is definitely helping people with their physical and mental health in various ways, but not in the same way defined by a nootropic.

There are some very good CBD products that contain high-powered plant-based nootropics. Many of these are all-natural formulas to promote cognitive function, memory, motivation and your attention span. They can help you be the best that you can be and include the many benefits of CBD along with the benefits of these natural nootropics. It’s really the best of both worlds.

Is CBD Safe to Use?

There are ongoing studies on long-term effects of CBD but all-in-all CBD is considered to be very safe to use. The amount of people who experience negative side effects are few with many of those being minor.

The CBD industry has received some negative press over the past few years because of sub par CBD brands and products. There are instances where CBD companies have made false claims about the ingredients found in the products. This obviously leads to distrust amongst consumers. The unfortunate part is that it not only impacts those companies but the entire reputation of the CBD industry.

To combat this negativity many CBD brands across the industry have been working hard to regain consumer trust. They are doing this by having their products tested by independent third-party labs, which definitely helps. Many companies are also posting certificates of analysis right on their website for all visitors to be able to view.

They are trying to be transparent and open about their products and processes. From all that we know so far, CBD is safe to use but we recommend buying from trusted CBD brands. And, of course, before you start using CBD it is always best to consult with a doctor or healthcare professional.

There are also long-term studies that need to be completed in regards to the effects of nootropics on the human body. The thing with CBD is that CBD is CBD. As long as you have third-party lab results you are getting CBD.

Nootropics encompasses many different substances that have different impacts on your body and brain. When it comes to nootropics our preference is to stay with all-natural substances. Natural nootropics tend to work more slowly and subtly to enhance your cognitive performance but are generally considered to be more safe for long term use.

Going back to the original question of whether CBD is considered a nootropic, the answer is no. CBD in and of itself does not meet the requirements that have been laid out to be considered an actual nootropic.

However, CBD is a great carrier for other nootropics. CBD provides the perfect platform to stack with other nootropics to give your body and brain the extra help you need to perform at your peak level.

There are various CBD nootropic stacks already available or you can experiment with your own CBD nootropic stacks. If you are unfamiliar with stacking nootropics we would suggest starting with one that is already pre-made. Once you get used to it you could then start experimenting with various stacks to see what combination provides the best results for you.

As with trying other substances we highly recommend consulting with your doctor before trying CBD or nootropics. It would be best to talk to a professional to get their take on how it could possibly have a negative impact on your health. It is important to understand the risks and then you can decide if the benefits are worth it to you.

Millions of people around the world have found great results with both CBD and nootropics as well as a combination of the two.