Warning: preg_match_all(): Compilation failed: missing terminating ] for character class at offset 16 in /home/customer/www/thecbdguru.com/public_html/wp-content/plugins/seo-by-rank-math/includes/replace-variables/class-post-variables.php on line 545
 CBD Effects on the Brain - How it Impacts You Neurologically Skip to content

How CBD Affects the Brain: What Are the Neurological Effects? 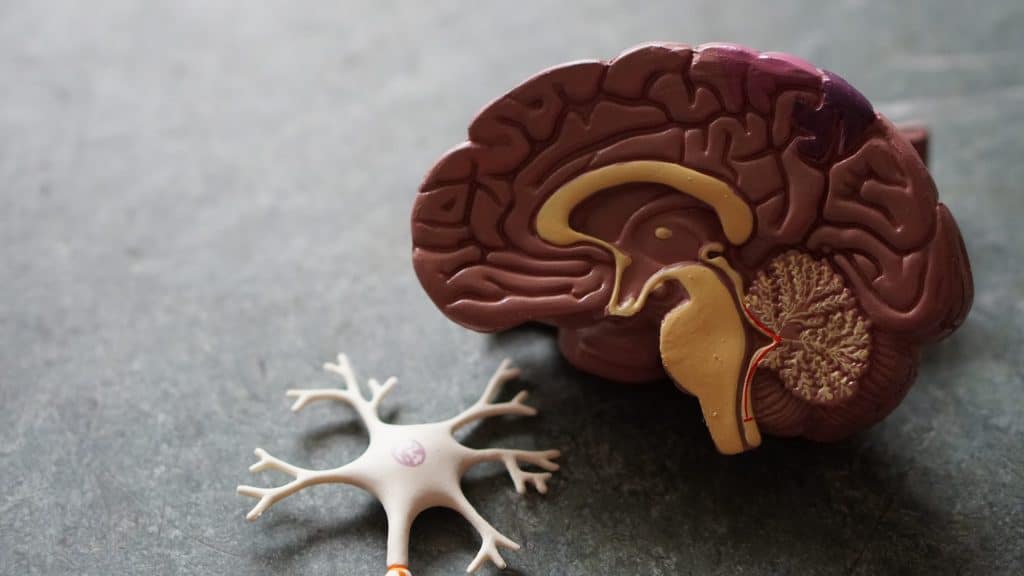 Cannabidiol, better known as CBD, is a versatile compound that has continued to rise in popularity since its legalization in 2018. It is available in a plethora of products with several different methods of consumption.

CBD is used by a wide variety of people for its health benefits. It is known to help treat certain ailments and conditions, such as:

And CBD is now more accessible than ever. Purchases can be made online or in-store, and can be found at several thousand businesses across the U.S., including pharmacies, retail stores, and gas stations.

But what exactly is CBD, and how does it affect your brain? We will answer these questions and more in this blog as we take a closer look at the neurological effects that CBD has on your brain.

CBD is a chemical compound that is mainly found in hemp plants. It is a relative of THC, which is found in marijuana plants, but does not produce the same psychoactive effects that its cousin does.

CBD works by attaching to receptors in your body that will affect different systems. This can have an effect on many things, including your serotonin production and blood pressure. Due to this, it has been found to be an effective medical supplement.

CBD is one of the most prominent chemical compounds found in any form of cannabis. And while both CBD and THC products will contain trace amounts of one another, laws and regulations require testing that ensures the two do not go over the maximum percentage allowed.

All CBD products are required to undergo testing to ensure that they contain less than 0.3% THC. However, mixing the two chemicals is in no way dangerous, and their effects tend to counteract one another.

How Does CBD Differ from THC?

Although CBD and THC can be found in the same plants, they are two vastly different chemical compounds that have numerous different effects on your body.

First and foremost, CBD tends to attach to different receptors than THC does. THC primarily attaches to two receptors that are a part of your endocannabinoid system in your body, called CB1 and CB2.

CB1- CB1 receptors are primarily located in your brain. These deal with things such as coordination, emotions, and memories.

CB2- CB2 receptors are found in your immune system and affect things like inflammation and pain tolerance.

Because CBD is nonpyschoactive, meaning it does not give the user a “high” effect like THC does, it has very little effect on your CB1 receptors.

What Are the Neurological Effects of CBD?

More research still needs to be conducted to fully understand the medical benefits that CBD provides, but we know a lot more now than we did even ten years ago about the compound. Below are some of the benefits that have been explored so far.

CBD is a known pain suppressant. It has the ability to inhibit neuronal transmission without resulting in analgesic tolerance, also known as drug resistance that eventually makes a substance less effective.

As a result, CBD and many other nonpyschoactive compounds can be used to treat chronic pain.

Researchers believe that CBD can be used to not only reduce anxiety in patients, but help people with related conditions such as Post Traumatic Stress Disorder.

CBD is proven to protect neurons in your brain from degeneration. Due to this, CBD could be useful when treating neurological diseases such as Alzheimer’s. In a study on the subject, CBD was shown to reduce the development of symptoms with Alzheimer’s patients.

What Does CBD Do to Your Brain?

CBD is able to produce its effects by passing through different molecular pathways. Although it does not interact with the CB1 and CB2 receptors like THC does, it is able to perform through many different receptor-independent channels.

Below are a few of the systems that CBD affects.

Vanilloid receptors, also known as TRPV1 receptors, are an ion channel that plays a key part in inflammation, temperature regulation, and pain perception. When CBD binds to these receptors, it creates a therapeutic effect by helping you to regulate this system and its functions.

Nuclear receptors, nicknamed PPARs, are activated by CBD to help produce an anticancer effect. These receptors are found on the cell’s nucleus and can produce a cell-growth inhibiting effect, which can be used to help treat and prevent tumor growth.

GPR55 earned their name as “orphan receptors” because it is still unclear whether or not these receptors belong to a bigger family tree. These are the receptors that help you to regulate temperature, blood pressure, and bone density.

If overactive, GPR55 can result in the migration of cancer cells. The use of CBD helps to block these signals and could potentially help reduce new cell growth.

CBD affects your serotonin system by targeting the serotonin 1A receptor. This bond results in many of CBD’s calming and therapeutic effects.

Serotonin production directly affects your overall mood and well-being. In a sense, it is how your body produces happiness. When CBD increases this serotonin production, it can help treat several conditions such as anxiety, depression, and nausea.

There are many potential health benefits that CBD can provide, and there is an endless amount of information available to you through online trusted sources. In order for people to fully understand the positives that come with using CBD, it is important that they understand how it affects your brain.

To recap, CBD has the following neurological effects:

And affects your brain by binding to the following receptors and systems:

If you want to learn more about CBD and the potential health benefits surrounding it, be sure to check out our blog to find a lot more content.