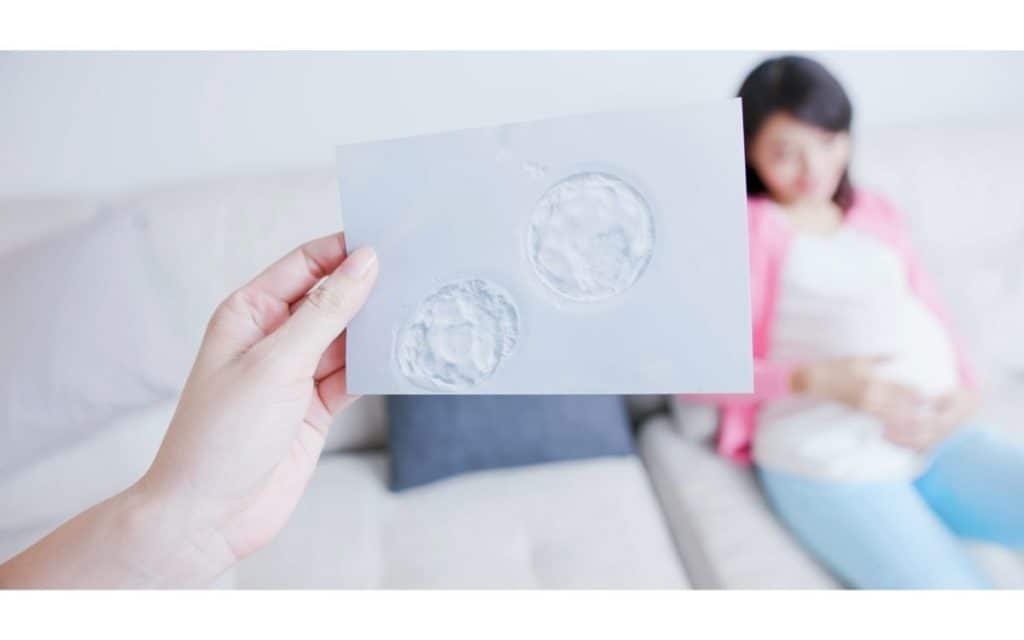 We know more about cannabis, CBD and several other cannabinoids now than we have ever known in our history. Rapidly-advancing technology has allowed scientists to take a closer look at these cannabinoids, leading to a better understanding of both their risks and capabilities.

And one question that has frequently come up through the years, especially as CBD products continue to grow in popularity and become a part of people’s daily routines, is on whether or not CBD affects fertility.

In this blog, we will take a close examination of CBD, and what research has told us (and not told us) about this topic so far.

What Is CBD, and How Does it Work?

Hemp plants have over 113 different active ingredients, which are known as cannabinoids. CBD (cannabidiol) and THC (tetrahydrocannabinol) are some of the best known.

CBD is obtained from the female hemp plant and, unlike THC, does not cause a state of intoxication. In other words, you cannot get a high by using CBD products like you can with classic marijuana.

CBD is popular for several of its therapeutic purposes, including its use against:

CBD may have anti-inflammatory, pain-relieving, and cell-protective effects. Efficacy against insomnia and restlessness has also been confirmed through various human studies.

However, be careful not to take too much CBD. Possible side effects of this may include tiredness, dry mouth, or digestive problems, but they usually go away quickly.

In any case, pay attention to high-quality CBD products and the proper way to find your correct dosage.

How Does CBD Affect Fertility?

In order to understand whether or not CBD affects fertility, it’s important to understand how cannabinoids work within your body.

Every person has an endocannabinoid system (ECS) that controls many processes in the body and influences fertility in men and women.

CBD can interact with the ECS and bind to cannabinoid-1 (CB1) receptors in the central nervous system. It is now assumed that cannabinoids and the ECS influence the hormonal system (endocrine system).

Cannabis Use and Male Fertility

A few studies on the effect of cannabis use on male fertility have indicated that regular use can reduce spermatogenesis (the production of sperm) along with overall testosterone levels.

In 2012, researchers found that most studies consistently concluded that cannabis use negatively affected male reproductive physiology.

Another study was carried out in 1992 that found males with regular cannabis use experience reduced levels of luteinizing hormones (HL), an important hormone secreted by the pituitary gland that plays a role in reproductive functions.

An even older study (1974), which looked at the level of testosterone in chronic cannabis users, found that 6 of 17 subjects suffered from oligospermia (low sperm count) and that the average testosterone level in the cannabis user group was just over half that of the control group.

The studies noted that the effects of cannabis on testosterone levels varied with dose.

The Endocannabinoid System and Male Fertility

The ECS regulates processes essential to male reproductive health, such as sperm production, testosterone levels, and other key hormones.

For healthy adult males, research suggests that the use of THC may cause negative effects on fertility, which tends to increase with higher doses. However, the endogenous anandamide analog of THC appears to be critical for the functioning of the male reproductive system.

A 2015 study observed that type I cannabinoid receptors were present in the male reproductive system. In 2002, a subsequent study observed anandamide in seminal human fluid and CB1 receptors in human sperm.

The study carried out in 2002 revealed that sperm cells bind to the CP-55940 agonist, demonstrating the presence of CB1 receptors. The study also concluded that THC and synthetic analog anandamide, AM-356, cause sperm motility to be reduced.

The 2002 study provides strong evidence of the presence of anandamide in seminal fluid, and its ability to bind to CB1 receptors in sperm is key.

However, it must be present in appropriate concentrations. At too high levels, anandamide appears to have a strong inhibitory effect on the ability of sperm cells to fertilize oocytes.

Why Is Anandamide Beneficial When THC Might Not Be?

Although THC and anandamide are two CB1 receptor agonists, they differ greatly in their structure and have different effects on certain metabolic processes.

Anandamide has a much shorter half-life than THC (only a few minutes compared to 24 hours for THC). Therefore, while anandamide degrades soon after it binds to a receptor, THC can remain in nearby fatty tissue for longer periods and can continue to stimulate receptors, ultimately causing over-stimulation that potentially could result in negative effects.

As is often the case with cannabinoid science, the dosage is the biggest factor. It may well be that very low doses of THC will benefit men who have reproductive issues, which may be linked to low levels of anandamide.

Cannabis Use and Female Fertility

Women’s reproductive health is more complex than mens’, as it includes the ability to get pregnant and to bear and deliver children.

Previous research has indicated that cannabis use can disrupt the menstrual cycle, suppress oogenesis (the production of eggs in the ovaries), and interfere with embryo implantation and development. However, this has not been confirmed and continues to be studied to this day.

Chronic cannabis use has also been repeatedly associated with lower birth weight (up to 50% increased risk). Most of these results, however, are far from conclusive. Notably, the studies included too few participants or even confounding factors that were not considered, such as smoking tobacco.

While such results are useful, such a small sample is far from sufficient enough to draw concrete conclusions, and correlation does not always mean causation.

Many previous studies that indicated a correlation between the use of cannabis were later belied by the results suggesting that socioeconomic status and poverty level are much more responsible for low birth weight and poor developmental outcomes than substance use.

This does not mean that the use of cannabis or other substances during pregnancy has no negative effects but gives weight to the idea that the risks have been overestimated and overemphasized due to politics and societal beliefs.

The Endocannabinoid System and Female Fertility

Similar to men, the endocannabinoid system plays an important role in female fertility.

Anandamide has been found in follicular fluid and oviduct (fluids found in the fallopian tubes and the follicular antrum, the chamber where ovarian oocytes produce immature eggs). The two receptors have also been found at all stages of development of the oocyte itself.

Specifically, it has been shown that high levels of anandamide are necessary for ovulation to be successful. Lower levels are beneficial when implanting the gamete into the uterine lining. The same study also reported that anandamide levels are high during the 4th and 5th week of gestation and drop much lower during the 6th week.

It has been shown that the concentration of anandamide in oocytes is strongly correlated with the maturation and quality of the oocytes, which in turn determines the success of ovulation. It is not clear exactly how anandamide works to control oocyte maturation, however.

The fact that high levels of anandamide are needed at this point seems to contradict the findings that the use of THC may disrupt oogenesis and ovulation, so it’s safe to say that research results are, so far, inconclusive.

The process can be further complicated by the role of the endocannabinoid system in digestive health. Cannabinoids are known to affect key physiological processes such as appetite and glucose metabolism, potentially reducing the risk of obesity.

Both CBD and THC have the same molecular structure: 21 carbon atoms, 30 hydrogen atoms, and two oxygen atoms. A slight difference in how the atoms are arranged accounts for the differing effects on your body.

Both CBD and THC are chemically similar to your body’s endocannabinoids. This allows them to interact with your cannabinoid receptors.

The interaction affects the release of neurotransmitters in your brain. Neurotransmitters are chemicals responsible for relaying messages between cells and have roles in things like:

CBD vs. THC with Fertility

On the other hand, the evidence for CBD is much more promising. During this process, the sperm cell is altered slightly as it moves toward the egg. As the sperm ‘swims’ toward the egg, digestive enzymes are released, and the sperm loses the protective ‘cap’ on its head. This allows the sperm to penetrate the egg more effectively.

Therefore, without this receptor and the ECS as a whole, this reaction would not occur, and fertilization would be impossible. CBD could potentially also help with conception. While studies have shown THC may affect implantation and ovulation, CBD has shown the opposite effects.

In addition, because CBD has powerful analgesic and anti-inflammatory properties, many women opt for CBD during uncomfortable periods of pregnancy and delivery.

Similar to many things with CBD, the research on CBD’s direct effect on fertility is still in its early stages. As a result, there’s no way to provide a definitive answer.

However, as research continues being conducted we will continue to learn more about CBD’s abilities and its potential future role in the medical field. More research findings would also make it easier for the U.S. Food and Drug Administration (FDA) to create permanent regulations for the marketing and distribution of these products.

Either way, the future looks promising not only for the hemp and CBD industries, but for the cannabis industry as a whole. As more states across the country continue to legalize recreational marijuana, you can expect that cannabis research will move up the priority list for the FDA and other research labs.