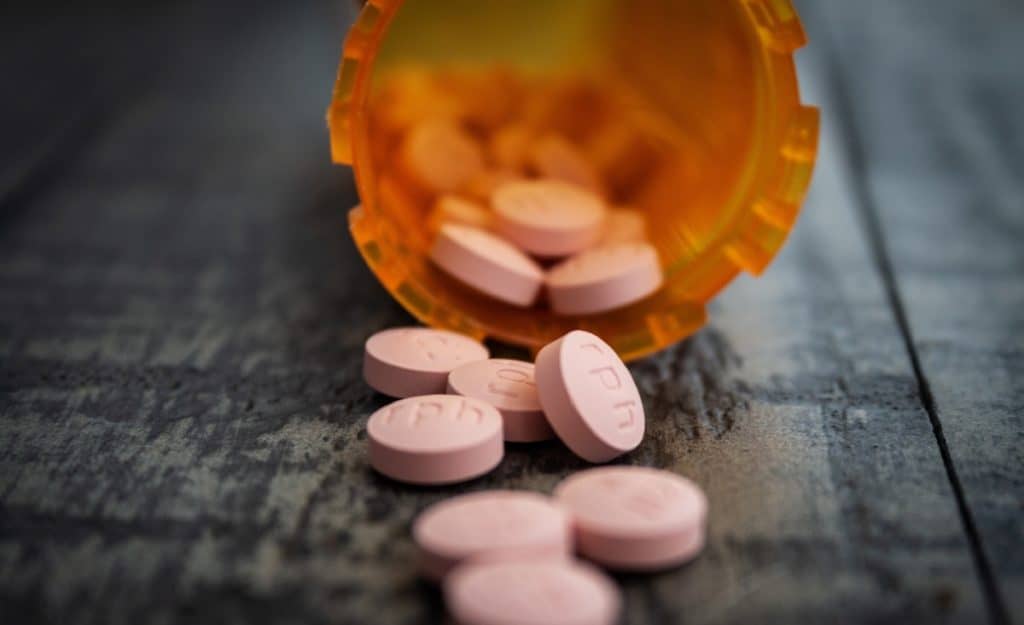 If you don’t think that opioid addiction is a problem in the United States right now then you either don’t have a full understanding or you are just in denial. It is being called an opioid crisis for a reason, because opioid use and addiction is out of control.

There are some people out there who think that broadening the use of CBD and regulating CBD would help to slow down what is being called the opioid crisis. CBD has done a lot of good things to help a lot of people but helping to end the opioid crisis is a tall order.

So, what do you think? Do you believe that making CBD more available and more regulated could help to slow down the opioid crisis? It’s an intriguing question so we are going to take a closer look and try to get to the bottom of whether that is actually true or not.

Opioid drugs are simply a class of drugs that are naturally found in the opium poppy plant. Hence the name, opioids. Opioids are mainly used today as a pain reliever but they do produce other effects while they interact with the human brain.

You can get opioids as prescription medications and there are also opioids that are classified as illegal drugs. Maybe the most notorious of these illegal opioids is heroin.

Some examples of prescription opioid drugs that you may have heard of would include:

Does Opioid Use Have Risks?

Opioids are powerful drugs that are mainly used to block pain signals between your brain and your body. This is why they are so effective as pain relievers in moderate and even severe pain. These drugs can also make people feel relaxed and happy and on top of that, they can be very addictive.

So, basically, you have a powerful drug that takes your pain away and makes you feel good at the same time. Sounds great and it can be great as long as they are used responsibly and under strict control. The problem is that people can become addicted to these drugs without any intention of doing so. It’s very easy to get started down that path and it can happen very quickly. But it’s incredibly hard to get out of it once it starts.

Even prescription medications can lead to addiction. It’s not exclusive to illegal opioids such as heroin. Don’t be fooled into thinking that just because you are taking a prescribed medication that it cannot still be dangerous.

Opioids can also restrict how well you are able to breathe. This is especially true when they are taken at higher doses or when people misuse, or overdose, on them. This is the exact reason that people can die when they take too much of an opioid drug. Their breathing slows down or even stops.

Something to also keep in mind is that you are at higher risk if your body is not used to taking opioids or if you are taking other medications that may interact with the opioid.

Is There Really an Opioid Crisis?

According to the CDC, there is a serious problem with opioid use in the United States. Overall, there were approximately 67,367 deaths in 2018 caused by drug overdoses. Approximately 70% of all deaths involved some type of an opioid drug.

But more than that even are the countless numbers of people whose lives are ruined because they have become addicted to these drugs. Many of them are people who had no intention of becoming addicted but one thing has led to another and it can happen very quickly.

Side Effects, Addiction, and Opioid Overdose

Some of the main side effects that people often experience from opioid drugs are a feeling of relaxation and happiness, even feeling ‘high’. This also makes these drugs dangerous because they make you feel good on top of relieving pain.

They can also cause constipation, confusion, drowsiness, and nausea. A very serious danger is also that opioid drugs can slow down your breathing, especially at higher doses. This is how they can actually kill you when you take too much. This is even more dangerous for those people who are not used to taking opioids.

Opioid Overdose Is a Real Problem

If you want to see where the problem of opioid addiction started you can look back to the 1990s. This is when we started to see the first wave of opioid overdose deaths in the United States. The reason, unfortunately, is because this is when you started to see many more opioids being given as prescription pain medications. It was an unintended consequence of prescribing these types of drugs to try to help people.

Over the first decade of the 2000’s you started to see a rise in heroin use. Heroin is an illegal opioid and around 2010 we saw a spike in the amount of heroin overdose deaths. As you can see that spike continued until around 2016 and then leveled off.

Synthetic opioids, such as fentanyl, have proven to be the worst problem of all thus far when it comes to opioid overdose. Beginning around 2013 we started to see a steep incline in the amount of synthetic opioid overdose deaths in the United States. These synthetic opioids are extremely dangerous drugs. You can often find fentanyl that is combined with heroin, cocaine, or other pills which is a deadly combination.

Asking whether or not CBD could help with the opioid crisis is a big deal. So, it would probably be beneficial to at least have some background information about what CBD is.

What Is CBD Used For?

The use of CBD has grown increasingly popular over the past few years, especially in the United States. CBD users have found a myriad of health benefits.

One very important area where CBD has helped many people is with anxiety and depression. Let’s be honest, life can be difficult. With the lasting effects of a global coronavirus pandemic, things don’t seem to be getting easier anytime soon. This has a huge impact on people’s lives and a huge impact on their mental health. Anxiety, stress, and depression are real issues. CBD can produce calming effects that have helped people to relax and allow them to function and think more clearly. It helps them to be better employees at work and better spouses and parents at home as well.

Probably the biggest reason that many people are using CBD is for pain relief. For many people, CBD has been effective for both short term acute pain as well as longer-term chronic pain. This can range from things like sore muscles and joints to helping ease arthritis pain. Along with pain relief CBD also helps to reduce inflammation as well.

Is CBD as Effective as Opioids When It Comes to Pain Relief?

The simple answer to this question is no, CBD does not take the pain away as well as opioids in most cases. Opioids are widely known as pain relievers and have been clinically proven to do so. They literally block the pain from being felt in your body and it’s the reason they are so widely prescribed today for moderate to severe pain. CBD has definitely helped people with pain management but CBD is not as powerful as an opioid.

One problem we have is that opioid drugs are over-prescribed. Because they are dangerous and addictive opioids should only be used when absolutely necessary. Unfortunately, these drugs are being prescribed and given even when the pain does not necessarily warrant such a strong drug. This leads to drug abuse and down a very dangerous path for a lot of people.

Could CBD Regulation Help With an Opioid Crisis

Even though CBD is not as effective at pain relief as opioids it does still help with pain relief. A major benefit of CBD is that it is not addictive and you cannot overdose on CBD. CBD is generally considered to be very safe which makes it a logical choice to try first, before harsh opioid drugs.

One major issue with CBD right now is the complete lack of regulation of the CBD industry. There are no federal guidelines set in place by the FDA to provide overarching guidance to the CBD industry. In many ways it is being self-policed.

Without regulation of CBD and the entire CBD market it basically leaves CBD out in the cold when it comes to doctors directing their patients to use CBD. Medical doctors are not writing prescriptions to patients for CBD. It’s not possible at this time.

CBD really isn’t able to make any sort of dent in the opioid crisis in its current state. Without CBD regulation there will not be a widespread buy-in by the general population because their healthcare providers will not be prescribing and recommending it to them.

Having said that, even if there was CBD regulation in place it is a substance that is available OTC. You do not need a prescription to buy CBD because it is considered to be safe. Our guess is that means that a lot of doctors probably would still not push for the use of CBD.

This is another reason why the FDA has probably been hesitant to put federal regulations on CBD. To some degree there is still a lack of information about both the benefits and possible long term risks of CBD use.

Final Thoughts From The CBD Guru

I think we can agree that there is a problem when it comes to opioid use and abuse. These drugs can be beneficial and they have their place but they are over-prescribed in some cases. This leads to dependence and addiction and, in some cases, even death from overdose.

CBD has shown that it has a lot of potential to help when it comes to pain relief and inflammation. Many people around the globe are benefitting from CBD and it is allowing them to live normal lives each day with much less pain.

On the other hand, we should not fool ourselves into thinking that CBD has the same pain-relieving power as opioid prescription drugs. Opioids are well known to be very effective pain relievers. The problem is they are also very addictive and can be extremely dangerous. Opioid addiction and overdose have become much too common for many people and many families.

CBD regulation may be able to cut down on some of this but it’s probably far-fetched to say that it would have a long-term substantial impact on lowering the opioid crisis. Very few things can touch severe acute pain like an opioid prescription. That is why so many doctors prescribe these medications because they are very effective.