Can You Buy CBD With Bitcoin? 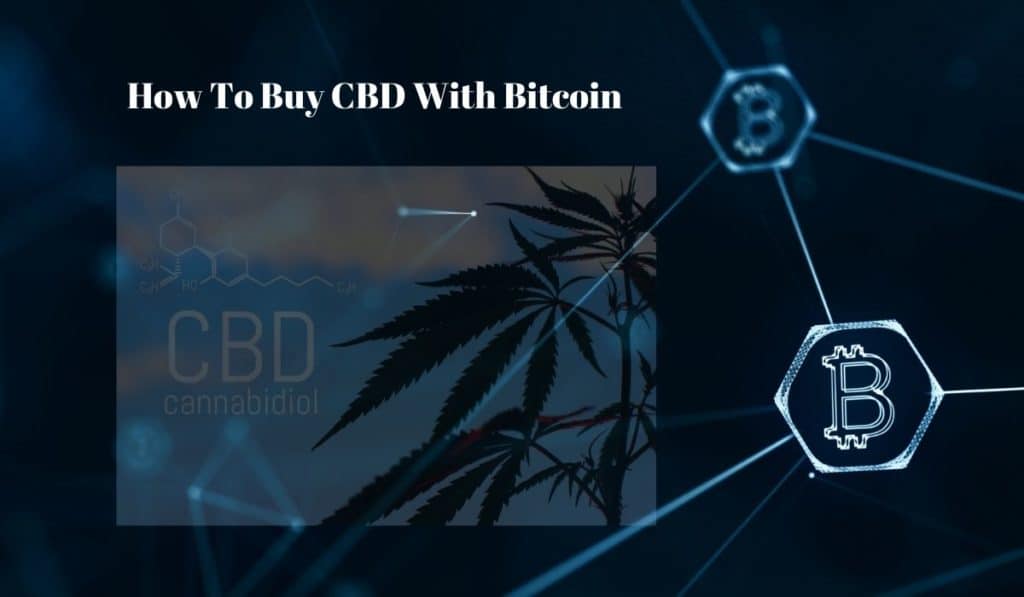 If you are experienced with Bitcoin then maybe you have been wondering if you can buy CBD with Bitcoin. While it is not one of the most popular CBD purchasing options out there right now, it is still possible.

We are going to take a closer look at the process of how to buy CBD with bitcoin, what CBD brands offer this option, and whether it is a good idea to take that step. If you already know that you would like to buy CBD with Bitcoin then here is the CBD brand that we recommend going through.

Endoca – Save 30% With Bitcoin

If you are not completely familiar with Bitcoin then let’s take a look at what it is and how it can be used. In a nutshell, Bitcoin is just a digital currency. This means there aren’t any physical coins as we think of standard money. It is also a type of cryptocurrency.

The beginnings of Bitcoin go back to sometime around the beginning of 2009. Although there are different theories about the founder(s) there is one name that sticks out, Satoshi Nakamoto. To this day the identity of the founder of Bitcoin is still shrouded in mystery.

How Do Most People Use Bitcoin?

Most people would buy or sell bitcoins through an online Bitcoin Wallet. Since Bitcoin is a decentralized digital currency you don’t actually store anything in the wallet. Bitcoins are always stored on a decentralized blockchain. A Bitcoin wallet is a convenient place to allow users to track ownership of the Bitcoins. It is also a place where you can buy or sell other cryptocurrencies that are available.

How to Use Bitcoin to Buy CBD

The process to buy CBD using Bitcoin is the same as it would be to use Bitcoin to buy other items. The first thing you have to make sure of is that the vendor will accept Bitcoin as a form of payment. If they don’t accept Bitcoin then you are out of luck.

If a vendor does accept Bitcoin as a form of payment then the best way to pay is normally through an online Bitcoin wallet. One of the most popular options would be Coinbase but there are others out there. Within the Bitcoin wallet platform, you are able to buy Bitcoin based on the current market rate. Once you have Bitcoin in your wallet you are able to buy and sell quickly and easily.

Once you have a Bitcoin wallet up and running the process of buying CBD using Bitcoin is very easy and straightforward. For instance, through Endoca, you would simply select the Bitcoin payment method after you are ready to checkout.

After you click the button to place your order another screen will pop up. There will be a QR code that you can simply scan with your phone. There is also an address listed on that same screen. You can copy the address and paste it into your Bitcoin wallet as the address that you want to send the Bitcoin to, along with the amount of Bitcoin. It really is that simple to use.

Is Bitcoin Still a Viable Payment Option for CBD?

At one point in time Bitcoin was all the rage and it was something that was being talked about everywhere it seemed. That has since slowed down and Bitcoin is not as popular as it once was. Part of the reason probably also has to do with the volatility of the value of Bitcoin. It has been all over the place and has been difficult to get a good read on. Bitcoin can still be a good option of payment to buy CBD but we have found that your CBD options are more limited now with Bitcoin than they were even a few years ago.

Are there advantages to paying with Bitcoin?

How to Find the Best CBD Brands That Accept Bitcoin

In recent years there have been a lot of ups and downs when it comes to the value of a Bitcoin. There are actually many CBD companies that are no longer offering Bitcoin as a payment option because there has been too much uncertainty about what it will actually be worth.

A few years ago it seemed as though Bitcoin was going to become a more popular option for purchasing CBD. At this point in time the options of using Bitcoin to buy CBD are pretty slim. When you look more specifically at the best CBD brands offering Bitcoin as a payment option, that number is even less.

In fact, for the time being, we are only aware of one brand that is accepting Bitcoin that we can fully recommend. That brand is Endoca. Endoca is currently accepting Bitcoin as a form of payment. Not only that but you can actually save up to 30% by using Bitcoin as a payment method right now. They have made the transaction incredibly easy to use as long as you are already set up with Bitcoin. Even if you aren’t already set up with Bitcoin, they will walk you through the steps to make it happen.

Final Thoughts from The CBD Guru

Bitcoin, and digital currency in general, if an interesting concept. We believe that there are some advantages to it, along with some drawbacks. Part of the issue is the uncertainty surrounding Bitcoin. People don’t really understand it. We don’t even know who really invented it and the value of Bitcoin has gone up and down like crazy in the past few years.

If you have already taken the plunge into the world of Bitcoin then you are already comfortable using it. If that is the case then buying CBD with Bitcoin can actually save you money and is simple to do. The hard part is finding a trusted CBD brand that is actually accepting Bitcoin as payment. As we pointed out, Endoca is currently accepting Bitcoin but overall your options are way more limited if you plan to buy CBD with Bitcoin.