An Introduction to Cannabinol (CBN) 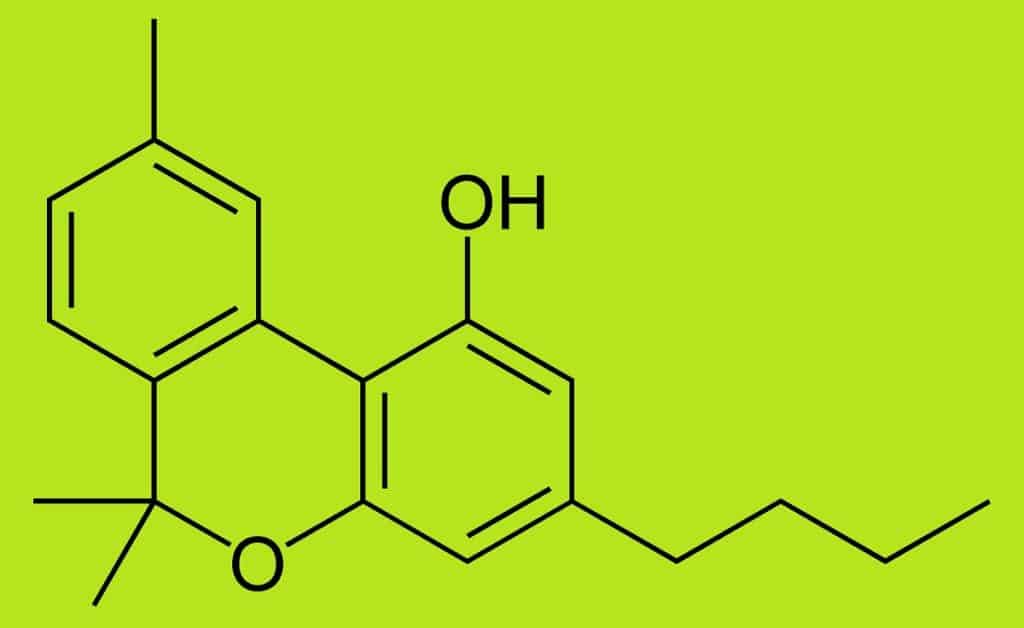 Cannabinol (CBN) is a nonpsychoactive chemical compound that is most well-known as being the cannabinoid that is created when THC ages. After THC molecules have exposure to heat and oxygen for extended periods of time, the THC degrades into CBN molecules.

CBN is one of 113 known cannabinoids found in cannabis plants. Much like all the other cannabinoids, it works with the Endocannabinoid system found in your body.

Your Endocannabinoid system (abbreviated ECS) can be broken down by the two receptors you have in your body, named CB1 and CB2.

Similar to all other cannabinoids, CBN has potential benefits that are being studied by scientists. A lot more research is needed to fully understand this cannabinoid; however, we know much more today than when CBN was first discovered.

When Was CBN Discovered?

Chemical synthesis of CBN was achieved in 1940; however, the structure of CBN was first discovered back in the early 1930s. In fact, cannabinol was the first cannabinoid to be isolated by scientists.

As a result of being the first isolated cannabinoid, you would assume that a lot of research was conducted on CBN. However, due to an early misconception of the chemical compound, the testing was put on hold.

When CBN was discovered, researchers initially believed that this cannabinoid was responsible for the mind-altering effects that marijuana has on people.

However, once THC was discovered in 1940, it took center stage and cleared CBN from any regulation that may have been put on it. From that point on, THC was the main test subject of researchers everywhere and was used as the staple starting point of what we know about cannabis today.

What Are the Potential Benefits of CBN?

Much like any other cannabinoid found in cannabis, CBN comes with its own list of potential benefits. And because CBN is a product of aged THC, they share similar advantages.

Keep in mind, however, that there has yet to be extensive research on CBN and very few in-depth studies have taken place to study its effects on the human body. The following list is based on current knowledge combined with what we know about other cannabinoids with similar structure to CBN.

Here are a few potential benefits of CBN.

In a study conducted on rodents, it was found that CBN reduces collagen-induced arthritis. This characteristic draws a similarity between CBN and CBD because CBD’s anti-inflammatory properties are one of the things that make it most popular.

The same study will need to be done on humans to know for certain, but as of now CBN is a potential effective anti-inflammatory agent capable of helping people who suffer from rheumatoid arthritis.

CBN’s sedative effects are disputed due to contradicting studies; one involving mice and the other tested on humans.

In the study conducted on mice, CBN was shown to prolong sleeping time. However, the study on humans, in which the test subjects were given isolated CBN, showed no changes in sleeping patterns.

It’s believed that CBN works best when combined with THC. This combination of cannabinoids is also known as the entourage effect; a theory that is disputed by many scientists.

It’s also believed that combining CBN with THC is the only way to get the best sleeping effects out of CBN. However, to further the confusion, nearly all advertised isolated CBN products are used as sleeping aids despite their lack of THC.

However, the only study that provides this shimmer of hope was conducted on rodents; therefore, human studies will need to be done in order to fully understand CBN’s potential.

In another study (once again, on rodents), CBN was shown to increase the amount of food that the lab rats ate. This may seem like a coincidence, but rats administered CBD did not show the same spike in appetite.

This may be one of the most promising CBN studies done thus far. Since CBN shows potential to increase appetite, it could provide people who enjoy getting the munchies an alternative that does not get them high.

If proven true, this would also help reduce the number of negative side effects people report after using marijuana, such as paranoia and fatigue.

Methicillin-resistant Staphylococcus aureus (MRSA) bacteria are extremely difficult to treat due to their resistance against traditional antibiotics. However, studies have found that CBN has the potential to be a powerful antibacterial agent.

CBN was tested, in a lab setting, on different strains of MRSA bacteria that were particularly resistant to antibiotics you find most people prescribed to. The researchers found CBN to be potent and consider it to be a future possibility as an antibacterial agent against resistant strains of MRSA.

Are CBN Products Available on the Market?

If you were to search Google for CBN products, it’s likely that you would find companies selling what they claim to be CBN-heavy hemp. However, we cannot attest to their legitimacy; especially with the number of CBD products on the market that are still not up to regulation.

The easiest way to actually find CBN is by finding aged cannabis, particularly marijuana that has been exposed to a lot of oxygen. You can find CBN in aged hemp; however, since CBN is created as THC is oxidized, your best chance of finding it in high quantities is by choosing a cannabis sativa strain that is rich with THC.

Unfortunately, not many people who use marijuana are fond of the idea of intentionally leaving it out to age and lose its psychoactive strength.

If you’re truly looking for legitimate CBN products, your best bet is to find brands selling isolated CBN as a sleep aid. These pure products are the best way to test out CBN for yourself.

How Does CBN Compare to Other Cannabinoids?

Let’s take a brief look at how CBN compares with other cannabinoids. A lot is known about CBD and THC, but there is much to learn still when it comes to less-produced cannabinoids, such as CBN and cannabigerol (CBG).

Hopefully this introduction to cannabinol, or CBN, has provided you with enough insight to understand its potential importance in not only the cannabis industry, but in the medical world as well. As with the majority of cannabinoids discovered in cannabis, a lot of research is still needed to be fully understood.

However, do not allow this cannabinoid ignorance to discourage you from taking an interest in cannabis. Instead, rejoice that we live in a time of such great discovery and scientific capabilities. As more is known about cannabis and its chemical compounds, the more acceptance they gain.